We all dream of having a one of a kind romance; a love that is incomparable and unmatched to any other love story in the world. For Blake and Ashley, their old-fashioned Southern love promised them just that; because when God steps in to write your love story, you are sure to have something special!

In a small town in North West Alabama, Blake and Ashley grew up nearly side by side to each other – only a mile and a half separating the two. But it wasn’t quite time for their story to begin. God had another plan; a plan that would take them on very different paths only to bring them together in His perfect timing and in His perfect way! Blake found himself residing in Tuscaloosa after graduating from the University of Alabama, while Ashley worked endlessly to obtain her Nursing Degree from Bevill State in Fayette. It would seem that fate was keeping them apart, but faith, hope, and love would soon intercede! 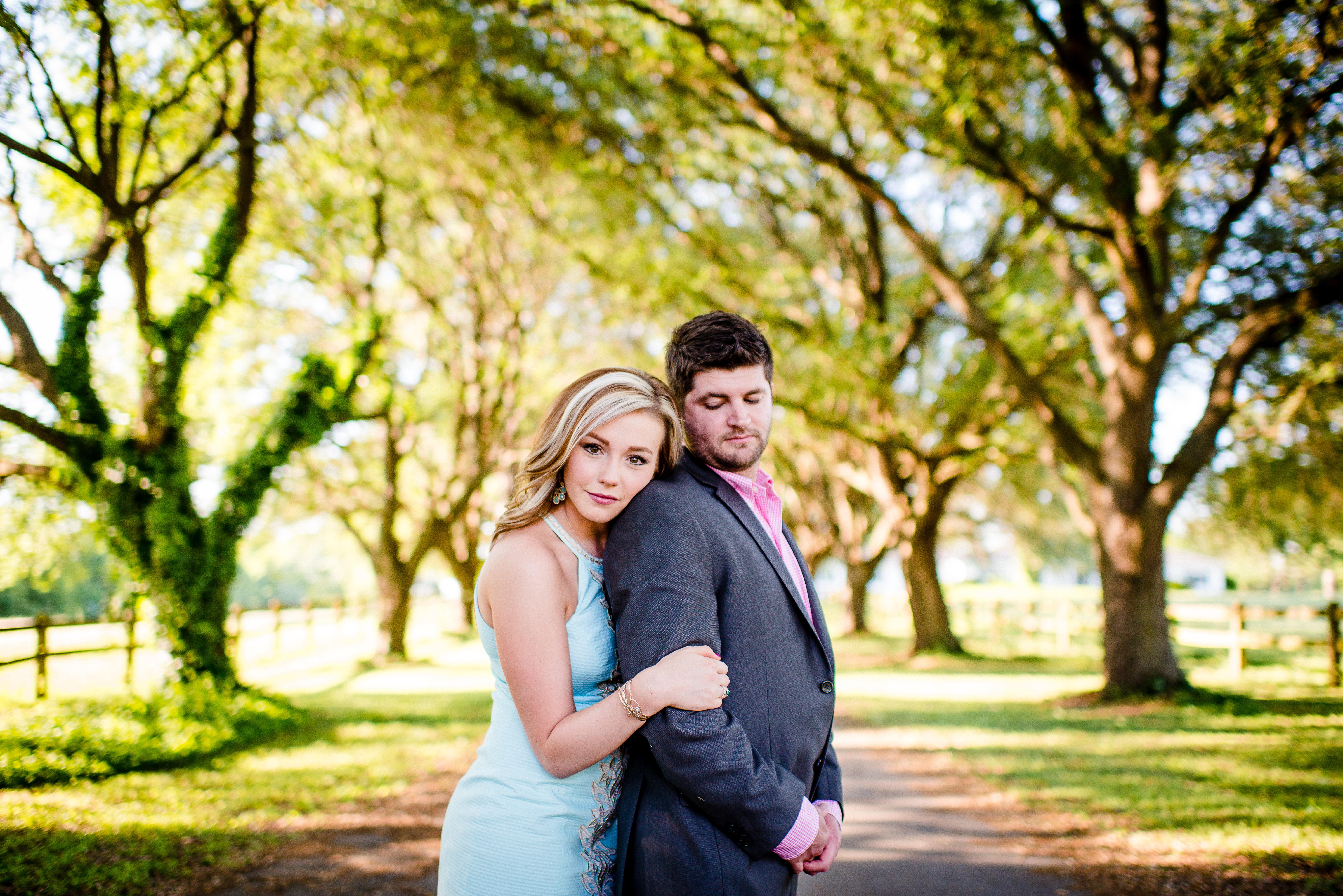 After Ashley’s graduation in 2014, both families decided to take on the role of match-maker. Somehow, they knew that these two were perfect for each other and were destined to be together, possibly because their bond started long ago. When Blake and Ashley were only kids, Ashley’s grandmother and Blake’s mother became lifelong friends! The two bonded over their nursing careers, a fun-loving sense of humor, and a mutual belief in Christian values. To this day they have remained close friends, creating the perfect avenue for Blake and Ashley to cross paths once again. Clearly, God had a plan for this beautiful couple, as it would seem that he began writing this love story long ago. Luckily for Blake and Ashley, they wouldn’t have to wait any longer. 2014 was finally the time for their happily ever after to begin. 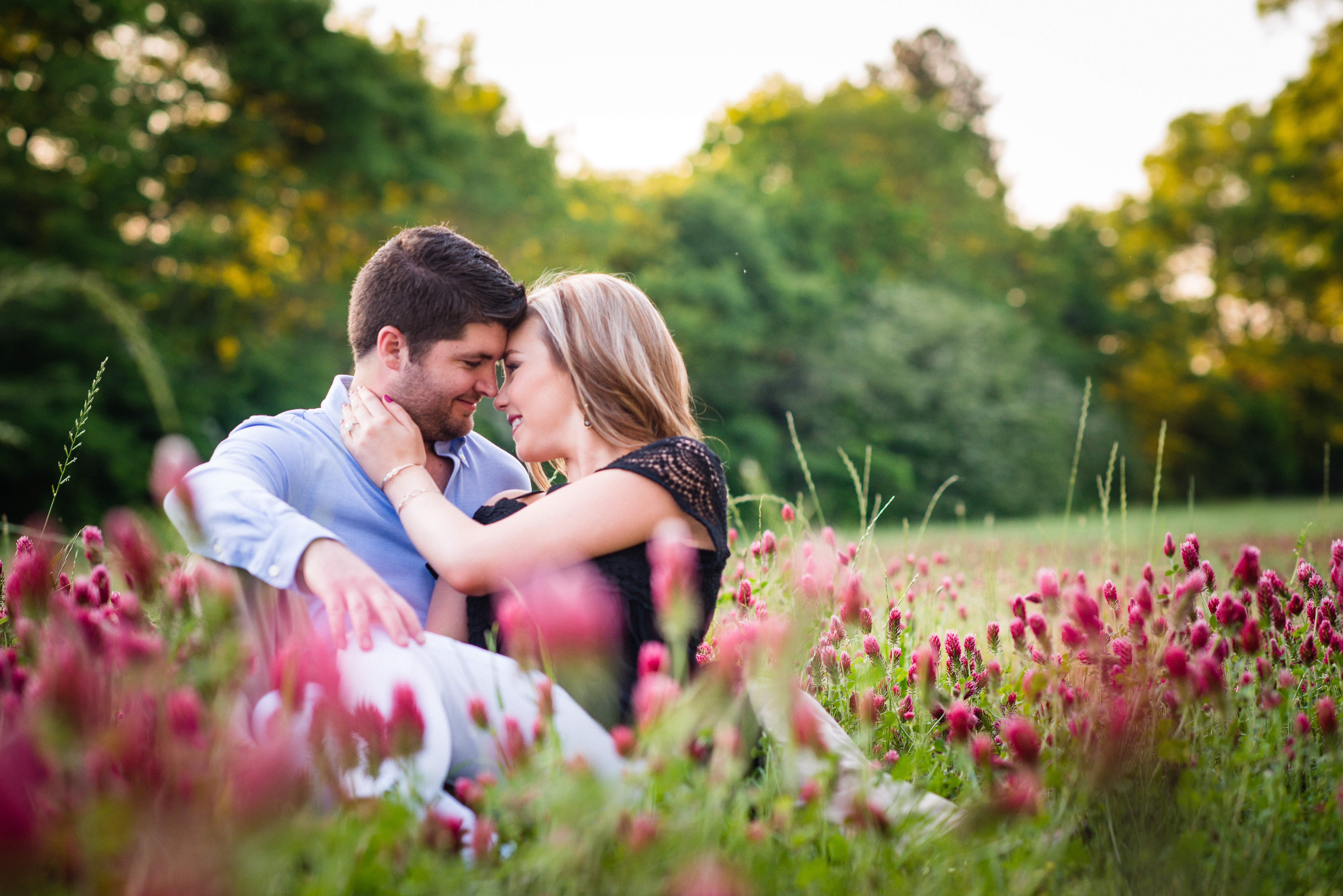 After hearing her name countless times, Blake took a leap of faith and sent Ashley a message on Facebook to officially introduce himself. The two soon exchanged phone numbers and began texting. When Ashley mentioned that she would be in town one afternoon, Blake just couldn’t pass up the chance to meet her! After just one dinner date, they both knew that they had found the one. Blake and Ashley had always hoped to find love, and now their faith in God – and a little family meddling – had finally brought love their way!

Dating for over a year and a half, Blake and Ashley’s love continued to grow as the days  went on. Their mutual love for church, traveling, Jeep rides, and Alabama football simply reaffirmed what they had known since that special dinner date a year back – God had brought them together. When the time came for Blake to find the perfect Engagement Ring and to pop the big question, he heard that Tara Fine Jewelry Company was the place to go. Taking a trip to Buford, Georgia, he got the help of Tara’s Jewelry Experts and found his darling Ashley a beautiful Diamond Halo Ring that she would forever adore! On February 26th, Blake arranged for him and Ashley to take a special trip to Orange Beach, Alabama. Getting her there with no suspicion was a difficult task, but he figured out a great way to make it the perfect unsuspected surprise! He told her that one of his customers had offered him a beach house for the weekend, and that they were scheduled to all meet for dinner that evening. 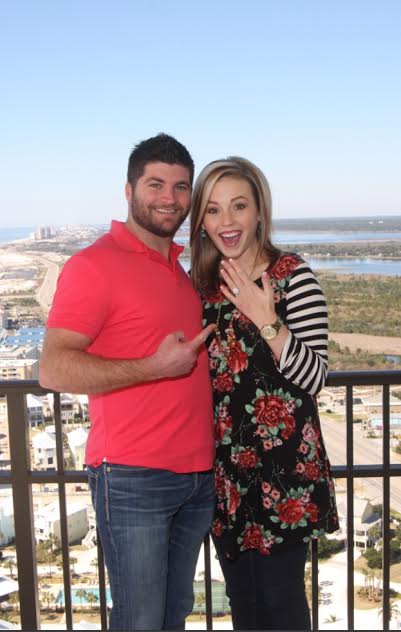 Ashley had no idea that she would actually be meeting their families on the beach, while Blake was down on bended knee asking for her hand in marriage. As the sun began to set over the shimmering blue ocean, Blake knew that it was time to finally ask the life-changing question he’d always wanted to ask her. With their families in position hiding from Ashley’s view, Blake convinced her to take a long look at the ocean. He exclaimed that he had seen dolphins, and Ashley – cold and ready to go back inside – decided to play along and say that she saw them too. When she turned around, she was completely surprised to see their families joining them on the beach and finding her beloved Blake on bended knee. Overwhelmed and absolutely overjoyed, Ashley managed to say yes to the man of her dreams. This beautiful couple was now officially engaged! After countless hugs and happy tears, the couple decided to head back to the beach house and put their feet in the hot tub. There, they were joined by their family, laughing and crying with excitement. These two families were now about to become one! To commemorate this new chapter in their lives, the couple and their families spent the rest of the weekend at the beach house, spending time together and celebrating the wonderful journey that had brought Blake and Ashley together!

When God is the author of a love story, there is no fairy-tale that can top the magic seen in that relationship. Blake and Ashley’s unique story has shown us that there are still beautiful romances here in the good ol’ South. Ashley and Blake, we are ecstatic for you and your upcoming wedding! Thank you so much for allowing Tara Fine Jewelry Company to play a part in your one of a kind love story. You have truly shown us how hope and faith can bring about true love. We wish you blessings, happiness, and a wonderful future together!