Thanks for printing!  Don't forget to come back to Tara Fine Jewelry for fresh articles! 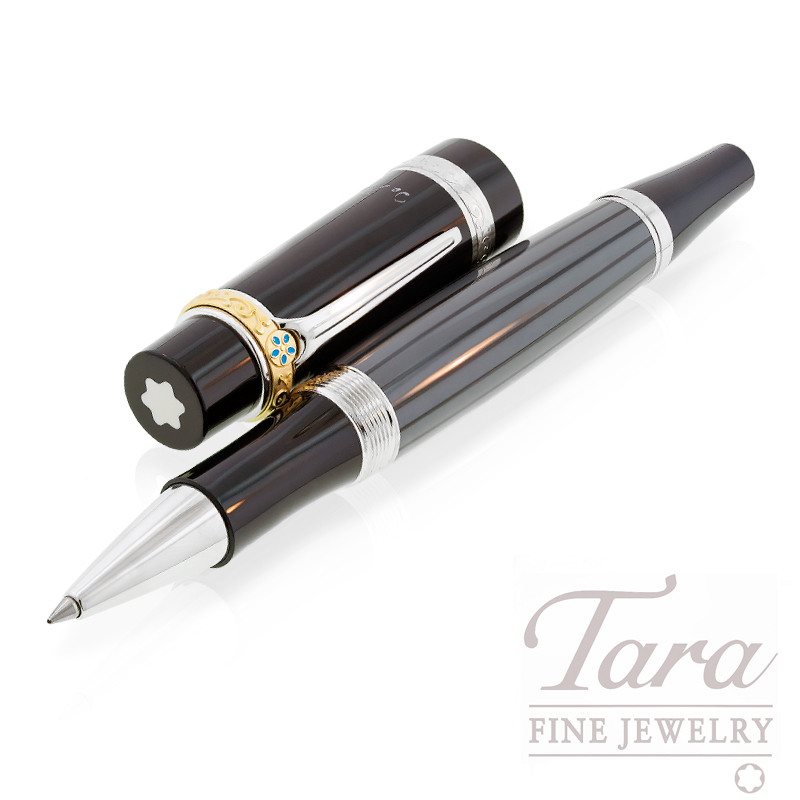 Montblanc pays homage to the art of writing with this striking Honore de Balzac rollerball pen.  Balzac, one of France's most beloved 19th century writers, dedicated his life to writing nearly 100 pieces of time honored literature.  With extreme attention to detail, Montblanc has captured France's Dandy styling with pin-striping of polished black and lacquered gray set on a larger barrel to resemble Balzac's bolder presence.  Gleaming platinum and gold-plated accents represent the class distinctions that emerged in 19th century France that were often played out in Balzac's literary themes.  The platinum plated clip accented with turquoise recalls Balzac's trusty walking stick.  This handsome Montblanc pen is a lasting tribute to the art of writing and to a time of great elegance.  The Montblanc Honore de Balzac rollerball pen is featured in Tara Fine Jewelry Company's wide selection of fine writing instruments.

Learn More About the 4 C's

Get To Know Us

You currently have no items reserved.